Motorcycles, sedans, pickups and large commercial trucks share many roads and highways. The concentration of different types of vehicles on small areas of roads creates the risk of serious personal injury and death. Below are some recent numbers that show the impacts of careless driving.

Estimates place the number of fatalities from 2018 motor vehicle accidents at 40,000. While this figure is slightly less than the 40,231 who died in 2017, it represents a 14-percent increase from just four years ago. Further, car crashes resulted in 4,560,000 instances of personal injury that required medical attention.

Statistics from 2017 provide a glimpse of the causes. According to the National Safety Council, approximately eight percent of motor vehicle wrecks result from distracted driving. The National Highway Safety Traffic Administration reports that distractions, such as those from texting, smartphones, GPS screens, radios and other in-car electronics, claimed 3,166 lives in 2017.

Impaired driving continues to contribute significantly to personal injury and wrongful death cases. In 2017, an estimated 10,874 died from drunk driving crashes. This translates to nearly 30 fatalities a day. While all states make it illegal to drive with a blood alcohol of 0.08 percent or higher, alcohol at lower levels still cause personal injury and fatalities. Drivers with blood alcohol contents under 0.07 percent contributed to 1,837 deaths in 2017.

Along with alcohol, marijuana and narcotics may also impair drivers. Many prescribed drugs contain warnings to not use while driving or operating machinery. Drivers cause personal injury and death by not heeding these instructions.

A number of motorcycle crashes result from failure of car drivers to yield the right of way to motorcyclists. In fact, left turns by cars in front of motorcycles constitutes the most common culprit of these crashes. Many other motorcycle accidents occur when the larger vehicle changes lanes and does not see the motorcyclist in that lane. With the small size of motorcycles come visibility problems, including in the car driver€™s blindspots, that precipitate these incidents. Drivers may not properly anticipate how motorcycles will turn or move, as motorcycles do not need as much space for turns as other cars.

On average, large commercial trucks weigh as much as 20 to 30 more than passenger vehicles. For especially those hauling freight, large trucks need between 20 and 40 percent more distance than passenger cars and trucks to come to a stop.

The size and weight of large trucks renders many crashes serious or fatal, particularly to those in passenger vehicles and motorcycles. In 2017, nearly 68 percent of the 4,102 fatalities in commercial vehicle-related crasheswere drivers or passengers in the smaller passenger cars and trucks. Bicyclists, pedestrians and motorcyclists represented 14 percent of the fatalities in large truck crashes. Deaths of large truck drivers and passengers number 683 in 2017. Nearly 148,000 people suffered personal injury due to large truck crashes.

How Can Personal Injury Attorneys Help You?

Motor vehicle insurance companies and trucking firms have considerable resources to defend potential personal injury claims. Even so, they may wish to avoid the potential of significant damages by offering a small settlement not commensurate with your pain, suffering and losses. If you leap on such an offer, you lose important rights and the ability to be compensated more fully for your injuries. Some insurers and trucking companies will outright deny your claim on the basis their driver was not responsible or that you somehow contributed to the crash.

Find a personal injury attorney with the skills and resources to match wits with insurers and truck companies. The benefits of legal representation include investigation, gathering evidence of the driver€™s or trucking company’s negligence and a thorough evaluation and presentation of your damages.

In a lawsuit, your lawyer may request and obtain from the defendant driver or company records and other information that may show violations of rules of the road or motor carrier rules. In particular, the trucking company may have to produce driver logs, inspection records and employee records. Within these documents may lie evidence that a commercial driver was too fatigued because he or she exceeded the federal time limits, that the driver used worn or improperly-applied restraints to secure loads, or drove on worn tires.

A lawyer also has a number of sources to show how the crash occurred. Vehicles, especially commercial trucks, come equipped with data recorders that reveal information such as the speed at and after impact and when brakes were applied. Cameras from nearby buildings or intersections may show who had the red light or right-of-way. During a lawsuit, your personal injury lawyer might engage an accident reconstruction expert to offer opinions on how the crash occurred and what caused it.

Your strongest benefits come from having an advocate to illustrate the extent of your personal injuries or the impact of the death of your spouse or parent. In addition to past and future medical expenses, your damages may include lost wages, lost earning capacity, disabilities, and continued pain and suffering. Under loss of consortium claims, your spouse may recover for the lost companionship and care that you were once able to provide the spouse.

Motor vehicle crashes exact personal and financial tolls on victims. If you are one such victim, contact a personal injury attorney to pursue your remedies to the fullest extent allowed by law. 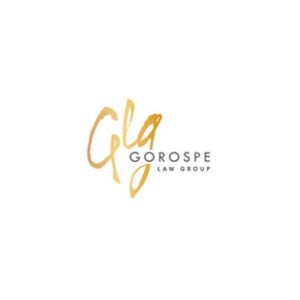 Read what our clients have been saying about the Gorospe Law Group personal injury attorney law firm in Tulsa.

Accidents in commercial trucking have become the nature of the work. When you do 14...

Driving is one of the best luxuries that are afforded to all Americans. However, driving...

Vehicle safety on the highway has an ever-increasing importance in the world today. You need...